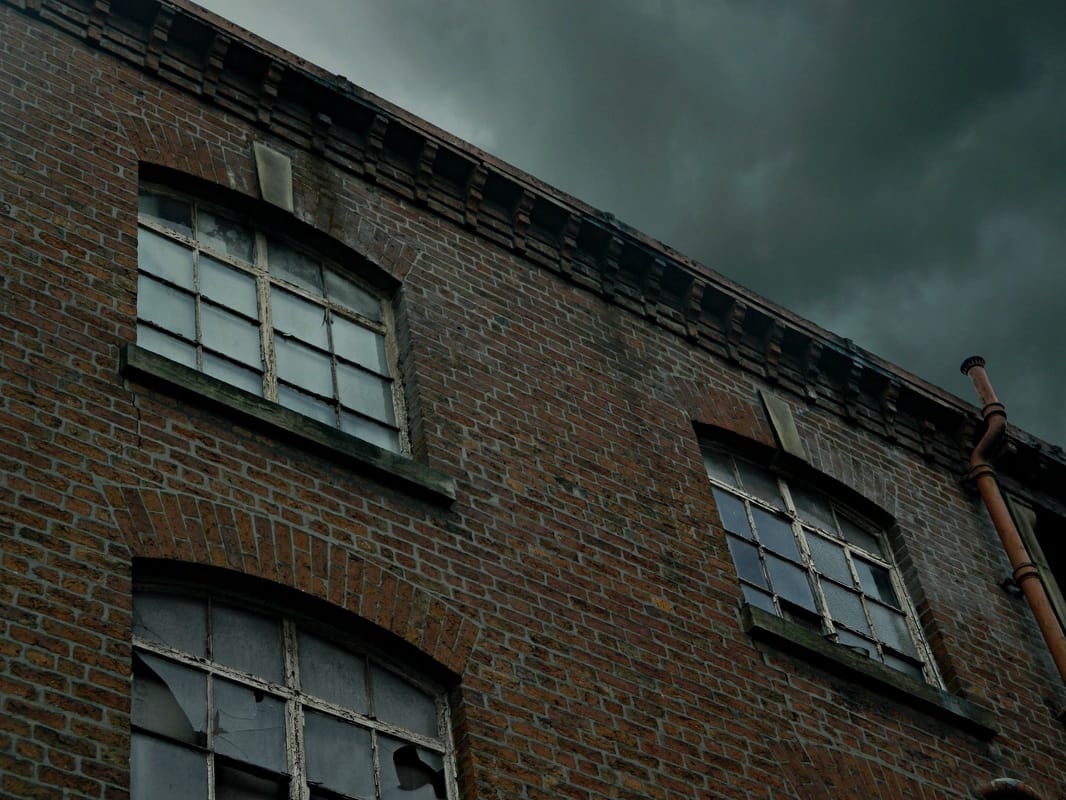 I feel this photograph is very visually striking, with the dark, foreboding sky on the verge of a storm and the low angle looking up at the shattered windows. In hindsight, I think I should have kept the overgrowth on the roof in the original photograph, to highlight the building’s state of abandonment and decay, but due to the extent of editing on the photograph, this would have been too difficult to achieve. 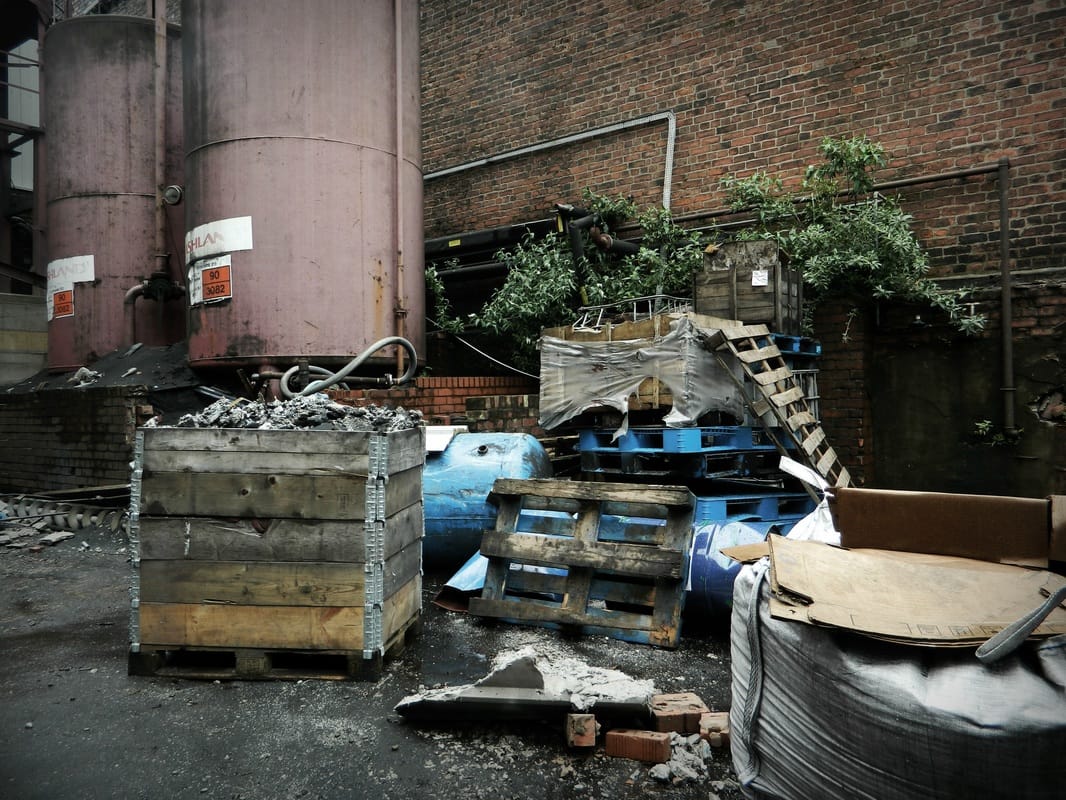 I like the low angle used on this photograph because it makes plants seem taller and more overgrown. The angle also captures the left over possessions on the ground, for example the ladder, tyre, and planks of wood. I think I may have decreased the brightness bit too much, as some of the objects in the photograph are quite hard to make out. 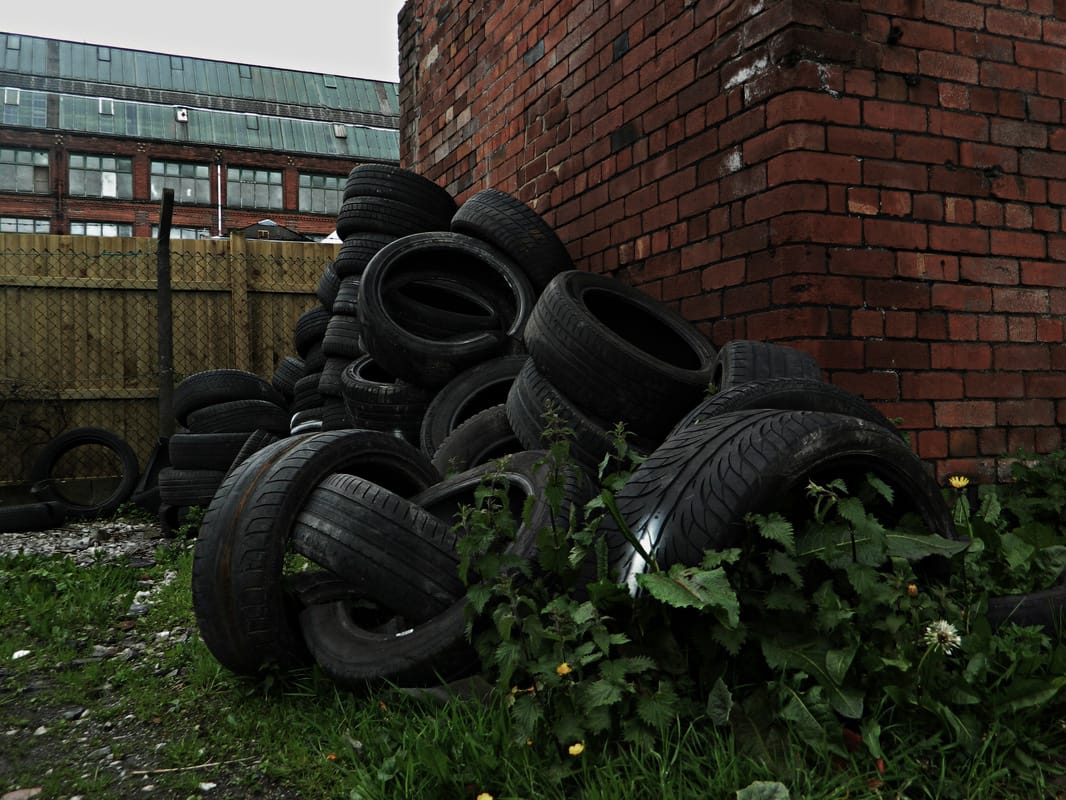 I personally think that the low angle I opted for in this photograph works well with the subject matter, by making the height of the pile of tires seem much taller. I edited the photograph by increasing the contrast and sharpness while decreasing the darkness.  This created the effect of a dark and gritty atmosphere, while increasing the sharpness brought out the rough textures present in the photograph, for example the rubber tyres and the decaying bricks. 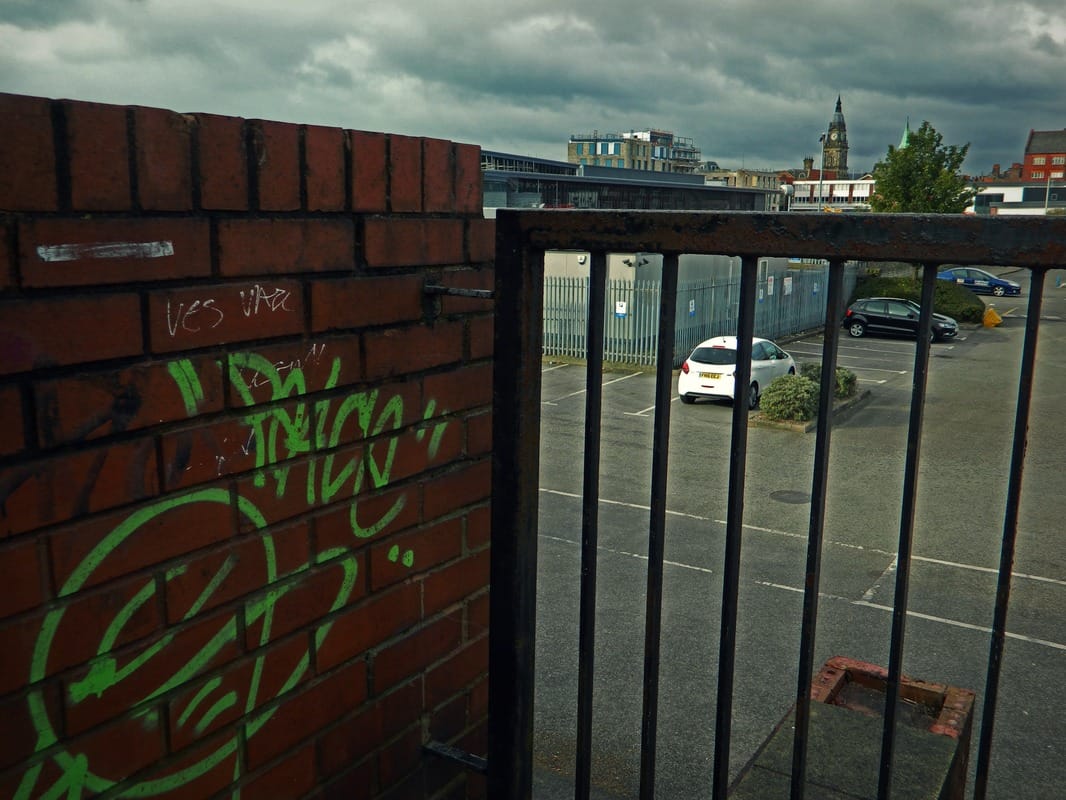 The composition of this photograph feels very claustrophobic, having been taken from behind the bars and almost from the perspective of the inside looking out. By decreasing the darkness and increasing shadows, I made the sky look much more darker and foreboding. Increasing the contrast also brought out the vibrant green colour of the graffiti. 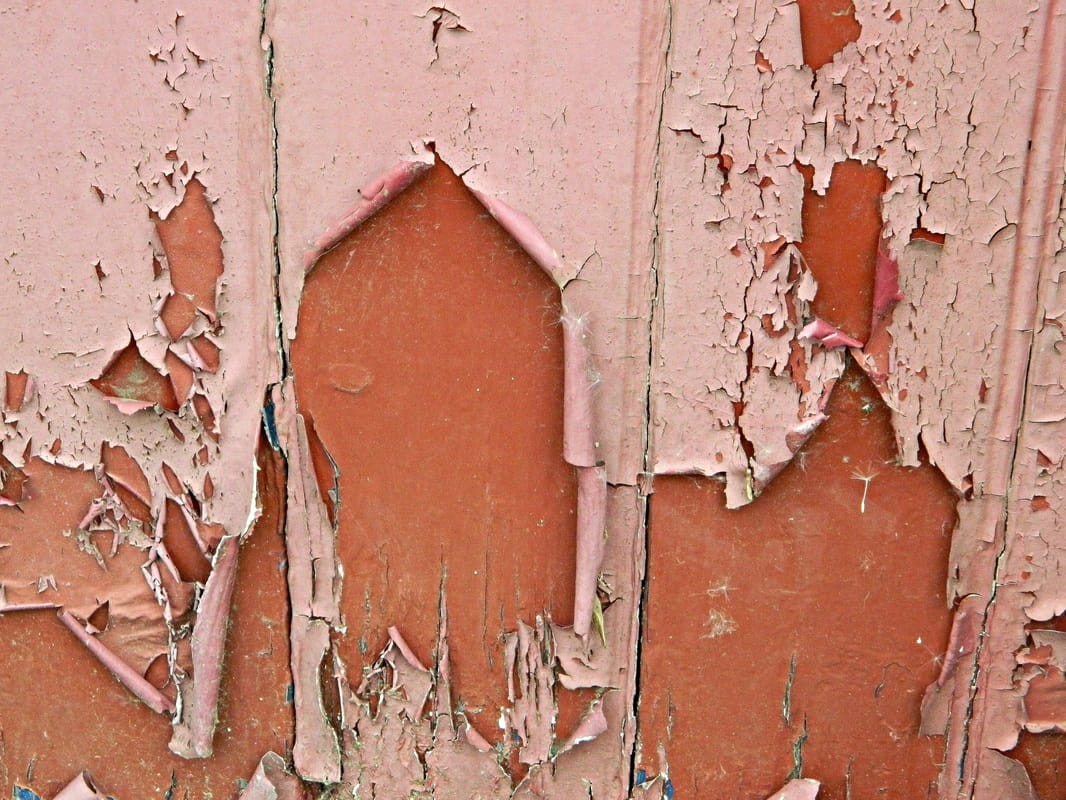 The close-up of the peeling paint really draws attention to process of decay the door is in. The underlay paint on the wood is quite a striking rouge colour, creating a contrast between the old paint that looks almost smooth and untarnished, and the new layer that is being worn and weathered away. Presumably, the door hasn’t been opened in many years due to the building being in a state of abandonment, and has felt the forces of nature over the years. 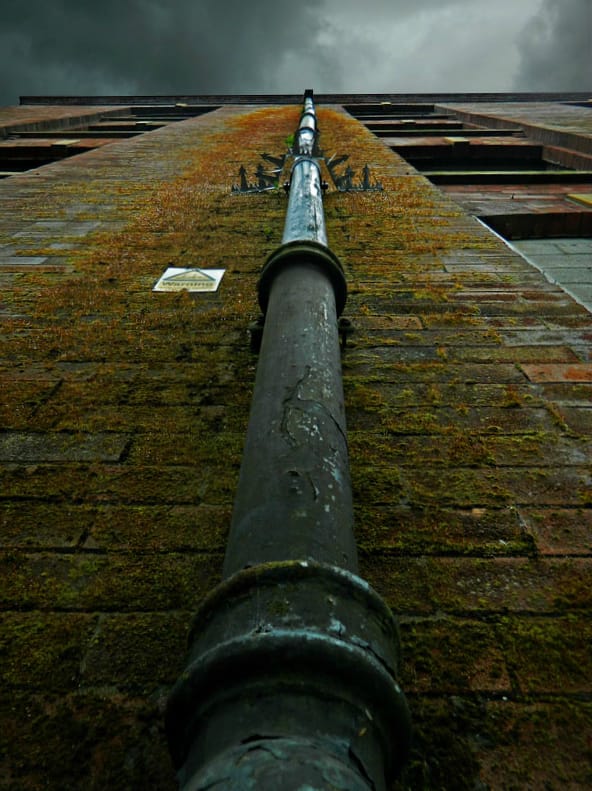 The low angle of this photograph makes the building look daunting, as though it is towering above the person, with the symmetrical position of the pipe emphasizing its height. The increased contrast on the photograph really draws attention to the moss on the building, which creates a ghastly image of decay and abandonment.  This is also emphasized by the rough texture of the photograph.
Powered by