As development for the Ed Fella project, I edited a photograph of typography street art found on the Internet in the style of Ed Fella, using techniques on photoshop such as cropping, changing the colour to black and white and adjusting the colour intensity, in order to create the old polaroid retro-style effect used in many of Fella's photographs. I also cropped the photo and lined up the snippets of the original photograph to make the composition similar- showing different angles and aspects of the same subject or text. 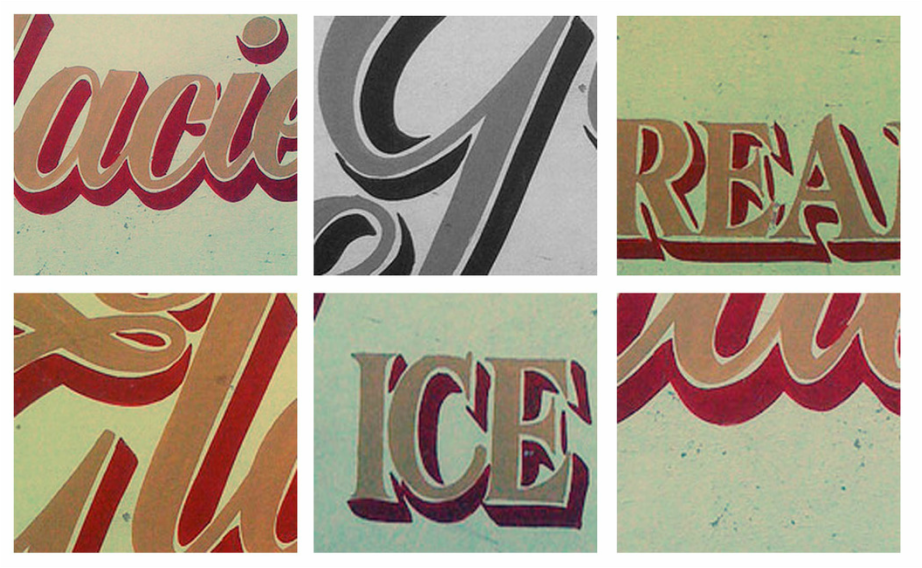 Photograph developed and edited with photoshop 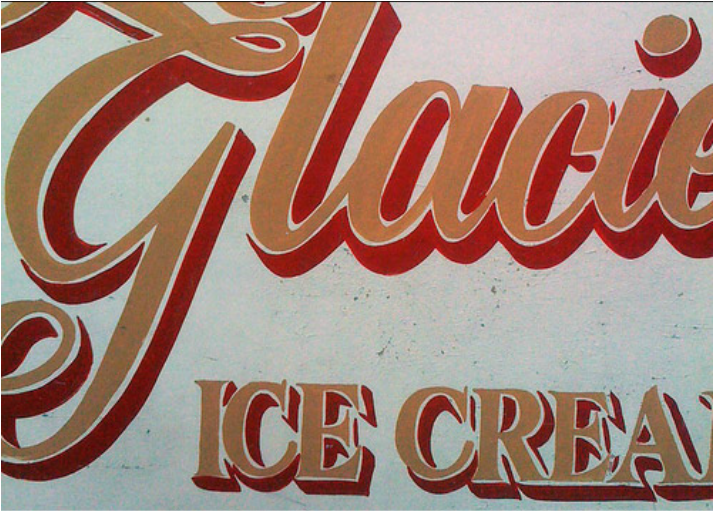 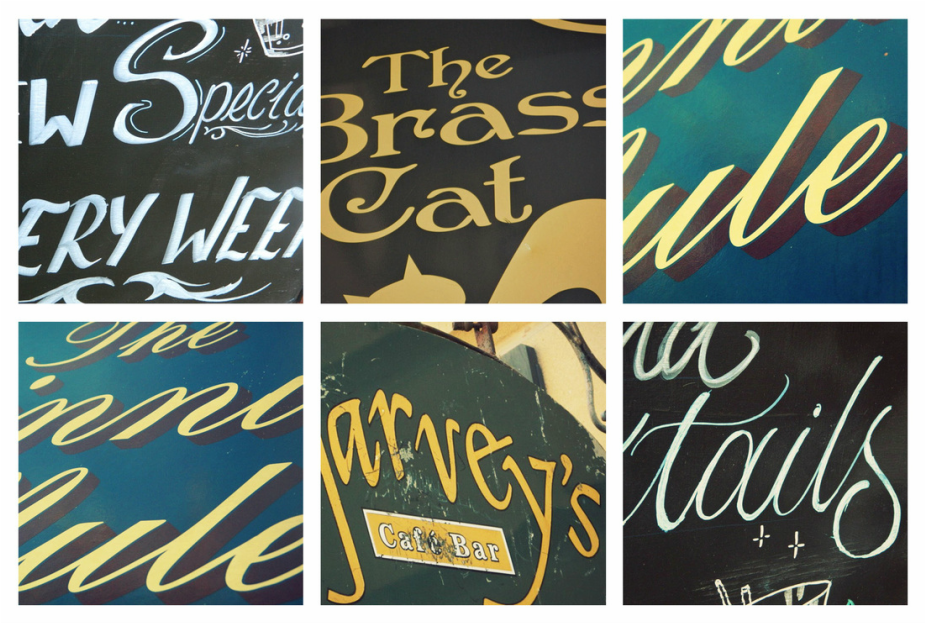 In this piece I cropped two photographs into 1x1 squares to show different aspects of the same image, making sure the photographs had a variety of angles to emulate the style of Ed Fella's work. I arranged the photographs so that the text broke up the piece, with the bolder text in the middle. 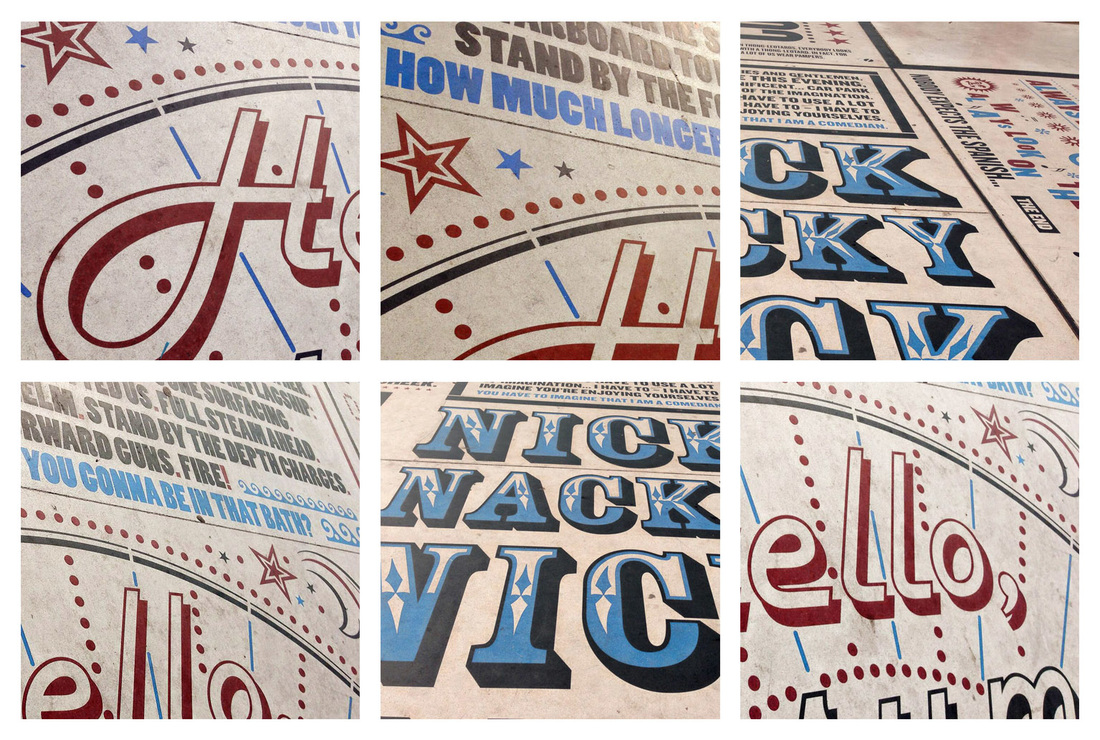 This is the edited piece of the development. I used yellow undertones to create a polaroid-style filter over the photographs like in Ed Fella's. I also made the text sharper so that it was more bold and clear. 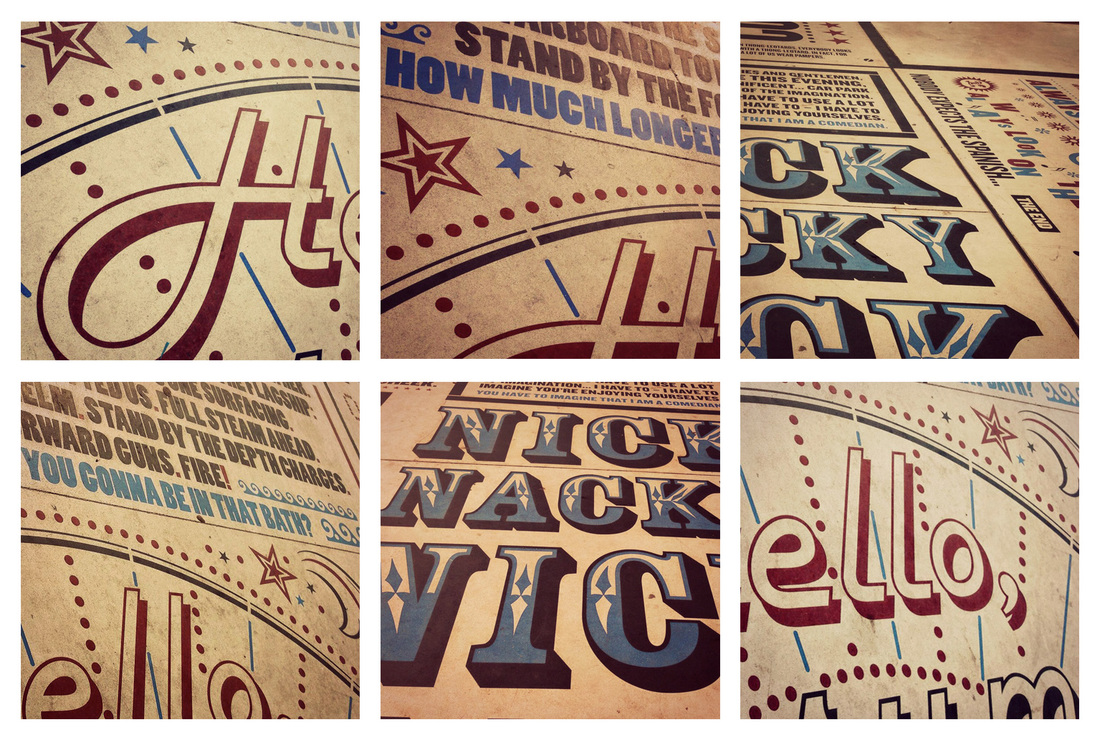 I based this piece of development 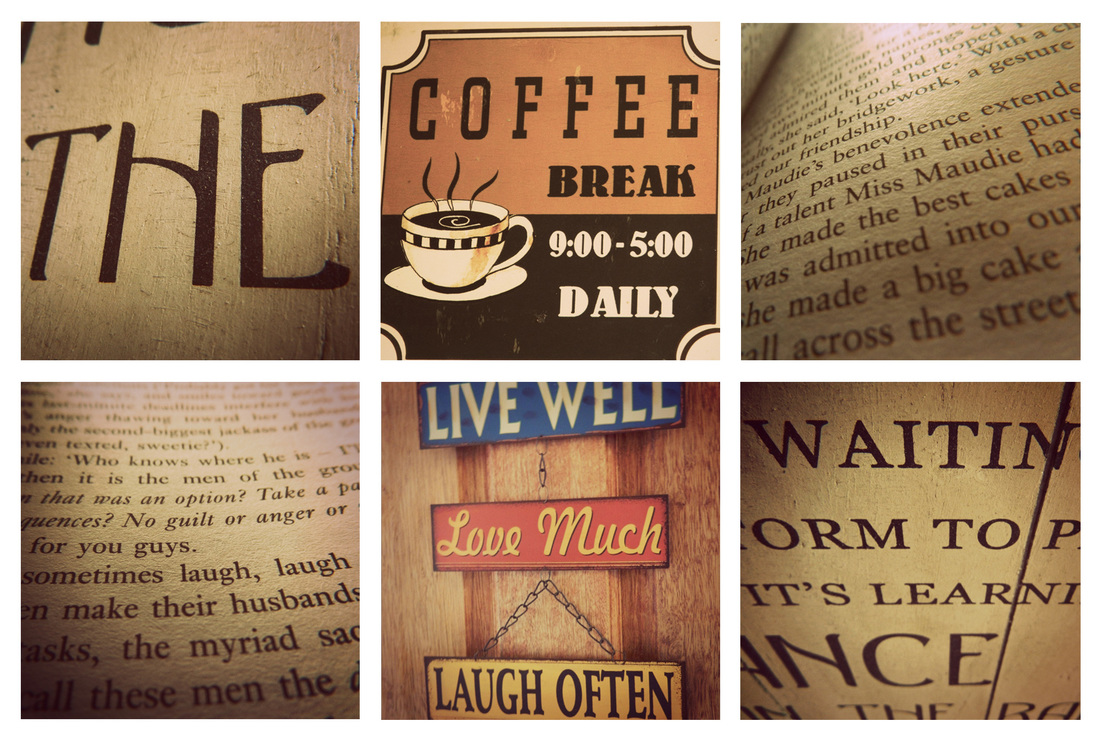 I've used this photograph to show the editing process used for the development pieces:
1) I crop the photograph into a 1x1 square
2) I sharpen the photograph, increase the contrast and raise the brightness to make the text clearer.
3) I darken the edges of the photograph and adjust the colour to make the image more yellow/warmer.
4) I add a filter (yester-colour) to give the photo a polaroid-style effect to imitate Ed Fella's photographs
5) I arrange the edited photographs in a composition similar to Ed Fella's and select photographs with a similar
​ context, colour and content (e.g the type of font used in the text) 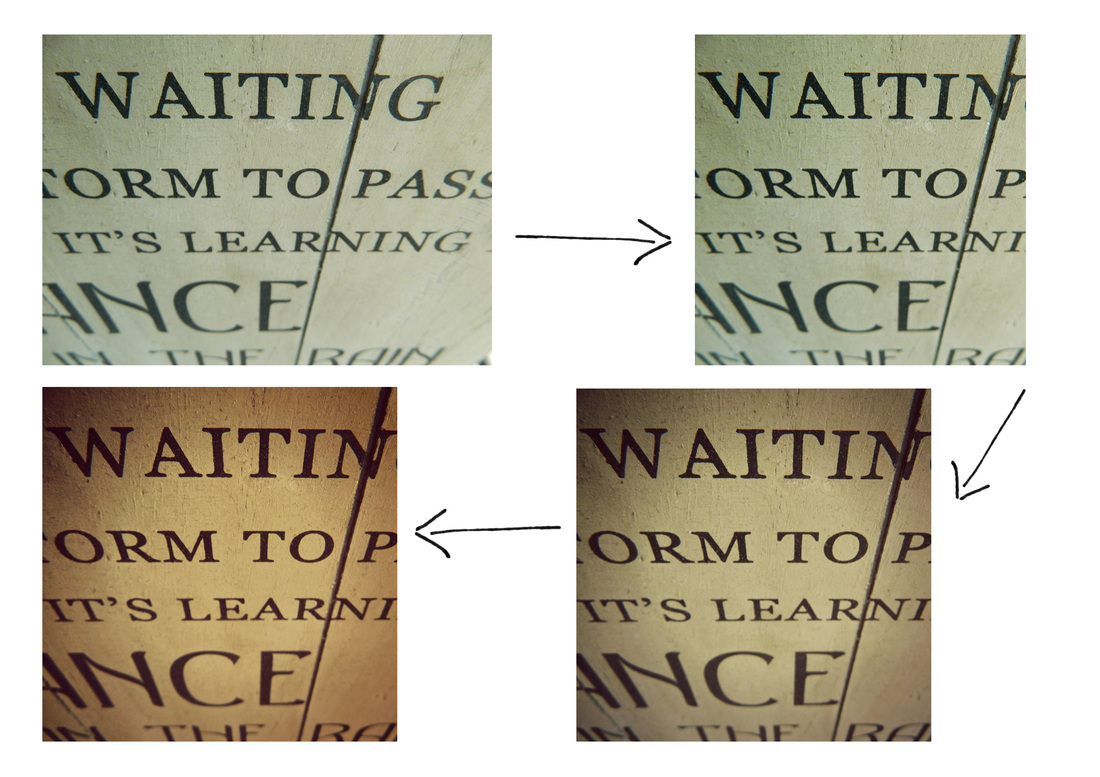 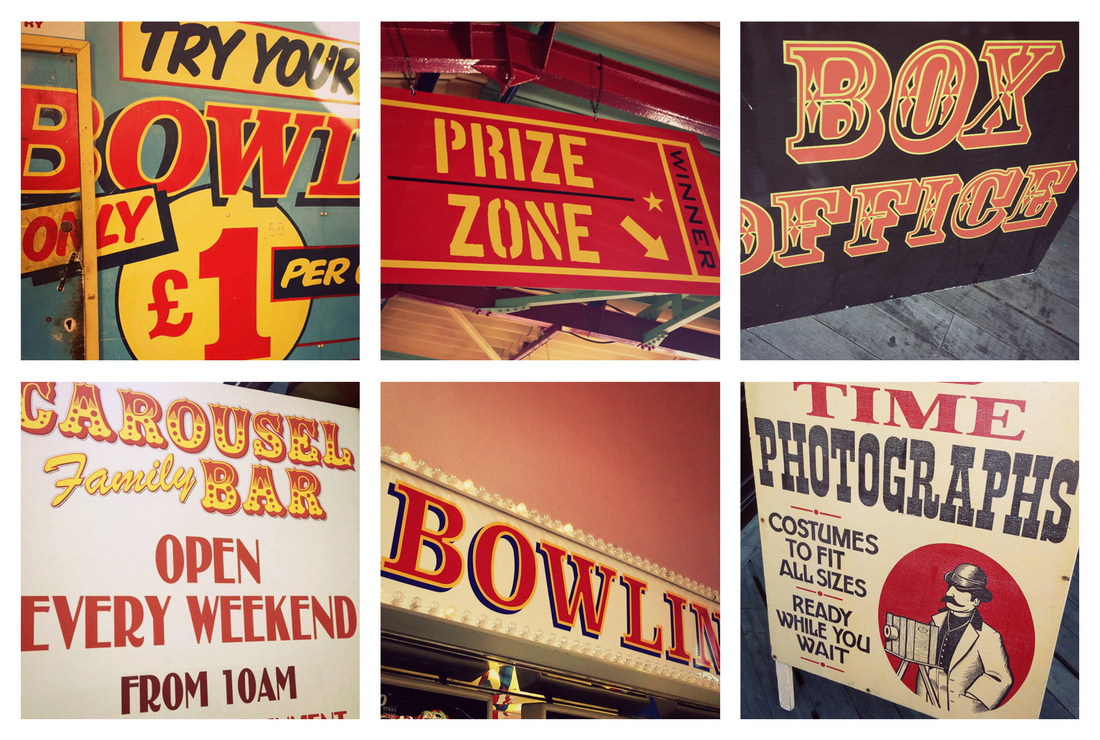 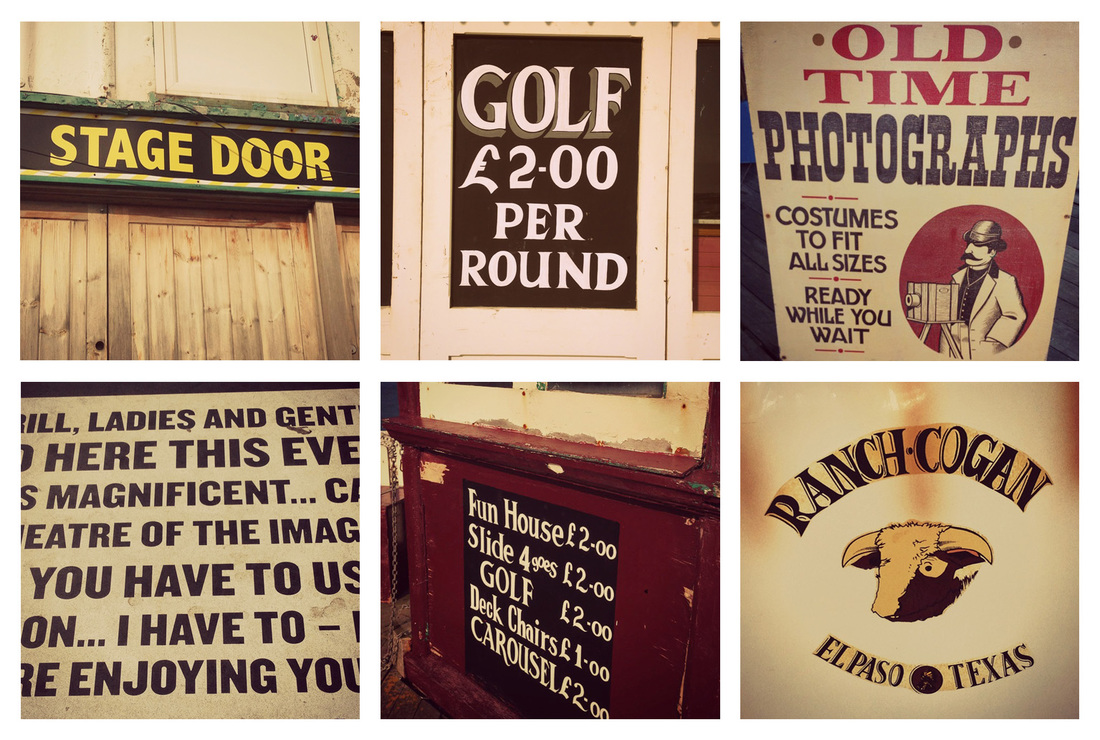